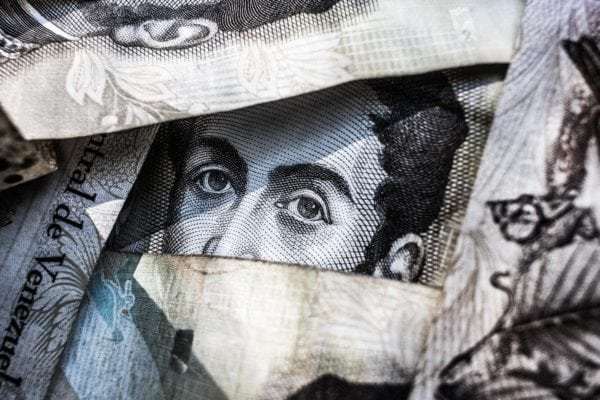 04 Oct Airbnb Design: How to Avoid $1000 Mistakes in Hiring an Interior Decorator

I had hired two different interior decorators. On both occasions, I made two distinct mistakes. I wish I could go back in time and fire them.

I’m sharing the costly mistakes that I have made so that you can avoid them.

The first time is always hardest. In anything — whether it’s starting a business, hiring a person, dating, or doing something new — it’s rare that everything will go smoothly. And that’s okay. We learn in the process.

I used a service called Thumbtack. It is a marketplace to hire professionals who do everything from throwing a party, getting furniture assembled or just about anything else you can think of. I heard good things about it, so I decided to give it a try.

What attracted me to Thumbtack was that I could get multiple bids on a project. Once professionals submit their bids, I could review their previous work to see if I liked their style.

So, I submitted my proposal and waited. Within hours, I was getting email responses.  It was overwhelming at first. I had about ten different proposals with different hourly rates. They ranged from $75 to $125 an hour.

Pro tip: Organize bids in a Google excel sheet, so that you can easily make notes.

So, I figured that paying an hourly rate was the standard. As inexperienced as I was, I accepted that without thinking it through. What I should have done was to put on my business owner hat and think more critically about why all these interior decorators wanted to charge per hour.

After about a week of back and forth, I hired my first interior decorator. She gave me an acceptable proposal. I was happy.

It looks decent, right? It makes sense. I even gave her a budget to work with. My budget was $2,000 dollars with a list of things that she would need to shop for.  (You can read my previous post to learn about the total costs associated with starting a Passive Airbnb business.)

I figured the most I would pay for her service was $700. Which didn’t seem that bad, since I was outsourcing all of the design decisions to her. I knew nothing about design at the time, so I was glad to have someone else do it.

What could possibly go awry after a smooth start? Well, just about everything…

When you add it all up, that’s over $1,000 dollars over budget from hiring an interior decorator on an hourly basis.

How to avoid this

Some things are out of your control. Furniture costs and quality vary from store to store. However, you can certainly avoid overpaying your interior decorator.

Lesson: Pay your interior decorator at a per project rate

For example, she gives you an estimate that it’ll take five hours to complete the project and she charges $100 dollars an hour. You should pay her $500 dollars when the project is finished. This way, you won’t overpay.

This one was a tough one.

She came in as a referral from a trusted friend. My trusted friend was dating her at the moment. I was desperate for a good interior decorator and definitely did not want to overpay again. She seemed to be the right person: she had a trusted reference, previous interior decorating experience, and charged per project. She even hooked me up with a great rate, which I was very excited about. I thought I just got super lucky with her.

I ended up paying her well-below market rate and the math came out to be around $50 dollars an hour. But boy, did I commit some serious mistakes hiring her.

How to avoid this

Don’t be lazy and skip the vetting process. It’s an important aspect of hiring anyone, even a referral from a trusted source.

I failed to fully vet her out. I failed to test her communication style, how she works and what she could do to help. But more importantly, I failed to learn if she would consider the job from my perspective as a business owner.

I made a fatal assumption about her work experience. I assumed that she could do what I had asked to do with little guidance. My previous interior designer overcharged me, but she needed little guidance. Interior decorator #2 was the opposite.

Just to give you a comparison, I had spent 30 minutes talking to my first decorator. She was able to understand what I was trying to accomplish and drafted up a proposal with a clear course of action.

With the second decorator, I had three separate phone meetings and she was still confused. What did I say that was confusing? All I did was give her the big picture of what I needed.

At one point, she became so frustrated that she went behind my back to complain to my trusted friend about my demands. And later that night, I got an angry text from my trusted friend who accused me of being too “demanding.”

I took a few minutes to reflect on his texts. I realized the problem was not me. The problem was that she needed hand-holding and lots of it. Time was of the essence; my move-in date was only a few days away and I couldn’t afford to lose out on bookings. Immediately after realizing this insight, I drafted up a detailed plan that gave her lots of guidance.

Handing her the keys to my kingdom backfired on me. There are generally two types of people: some people can work with little guidance and some people need lots of structure. You have to figure out what kind of person you are working with and modify your plan accordingly.

There is no “perfect” hire. But the sooner you figure out what kind of person you are dealing with, the less it will cost in time, money and frustration.

Interest in learning how to build your rental arbitrage empire? Subscribe to my blog and learn tips and insights on how to create a profitable 6-figure passive income business using other people’s home.