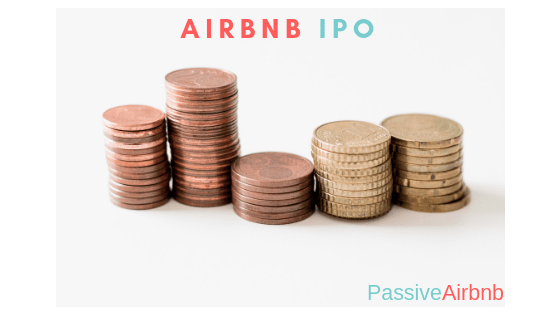 I’m not one to speculate, but strong signs point to a very likely Airbnb IPO by 2019. Airbnb has been dominating in the last decade and will continue to do so.

To be honest, without the success of Airbnb, I wouldn’t be able to create a mini-empire that generates $10k+ a month without owning a single home.

The question is really how will the market respond to Airbnb IPO in 2019?

I have a feeling that a downshift in the market is imminent.

Recently, I had asked some of my Facebook members how they feel about Airbnb Arbitrage in a bull market. Here’s what Seb said: 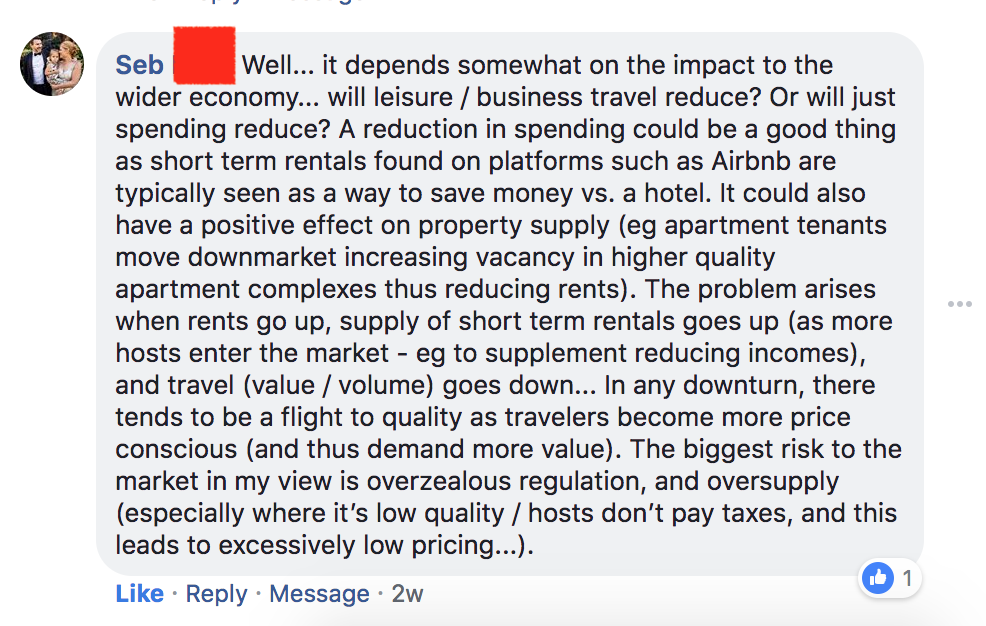 I think the downturn of the economy will actually benefit Airbnb Arbitrage. Anyways, that aside. Let’s cover Airbnb IPO, but more importantly, how they’ll use the money.

What about an Airbnb IPO?

An initial public offering (IPO) is when a company starts selling shares of stock to the public. Its previous funding probably came from private investors, but if a company is looking to scale up, selling shares of ownership are a good way to raise necessary funds.

Now, when it comes to 21st-century internet startups like Airbnb, we have to ask ourselves: what exactly do we, hosts have to gain from going public? 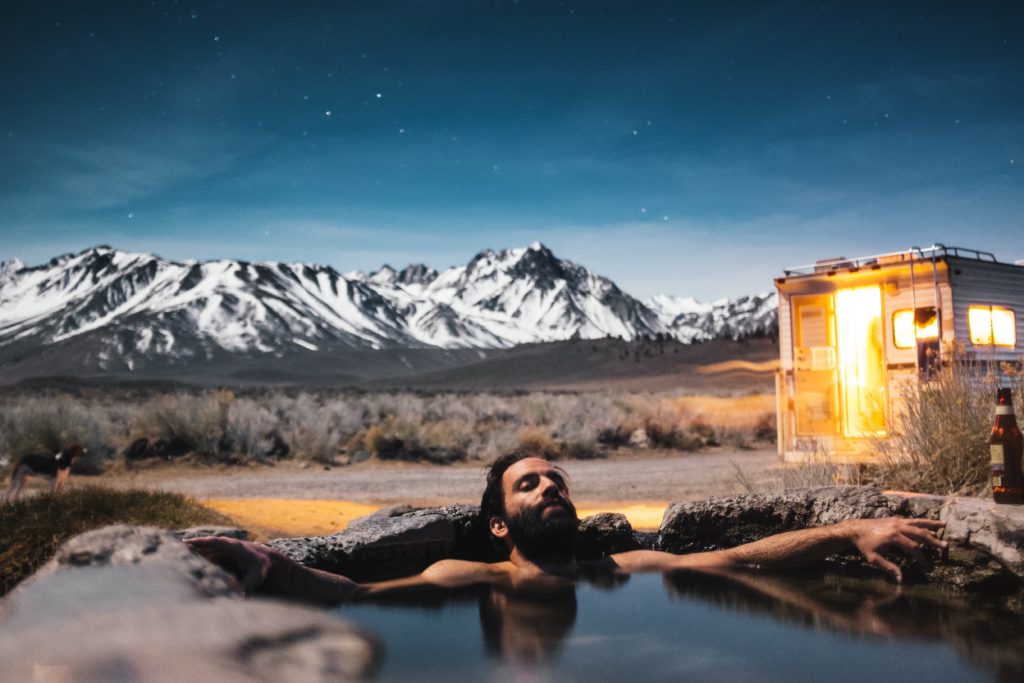 Airbnb asks the SEC to allow them to give their hosts equity in the company in anticipation of their 2019 IPO. (You can read the letter here).

Well, it’s not as easy as it seems.

It is about time that we, hosts get some stake in the business!

After giving the letter a fairly thorough read, I wasn’t able to figure out what defines it as “loyal.” Is Airbnb going to judge it by revenue, time, or some other metric like tenure of a Superhost?

I always thought their Superhost rewards program was lackluster. Perhaps, this new perk could give more incentive for non-superhost hosts to achieve superhost status?

As a side note: Airbnb’s not alone in its quest: Uber met with the SEC numerous times last year to secure equity for its drivers. And, if one big company scores a contractor victory with the SEC, it will open the floodgates for the rest of the gig economy.

The Advantages of an Airbnb IPO

I believe there are a few key factors why an Airbnb IPO would be beneficial for its long battle to revolutionize the accommodation industry and beyond.

Recently, I was at a bar and met a friend’s friend who’s currently working as an executive at a big hotel chain.

I’m paraphrasing a bit, but this is what he said: “Airbnb has really forced hotels to be better. We don’t want Uber to do what it’s done for the Taxi industry.”

What are some of the clear benefits? I have listed my top 3 reasons below. 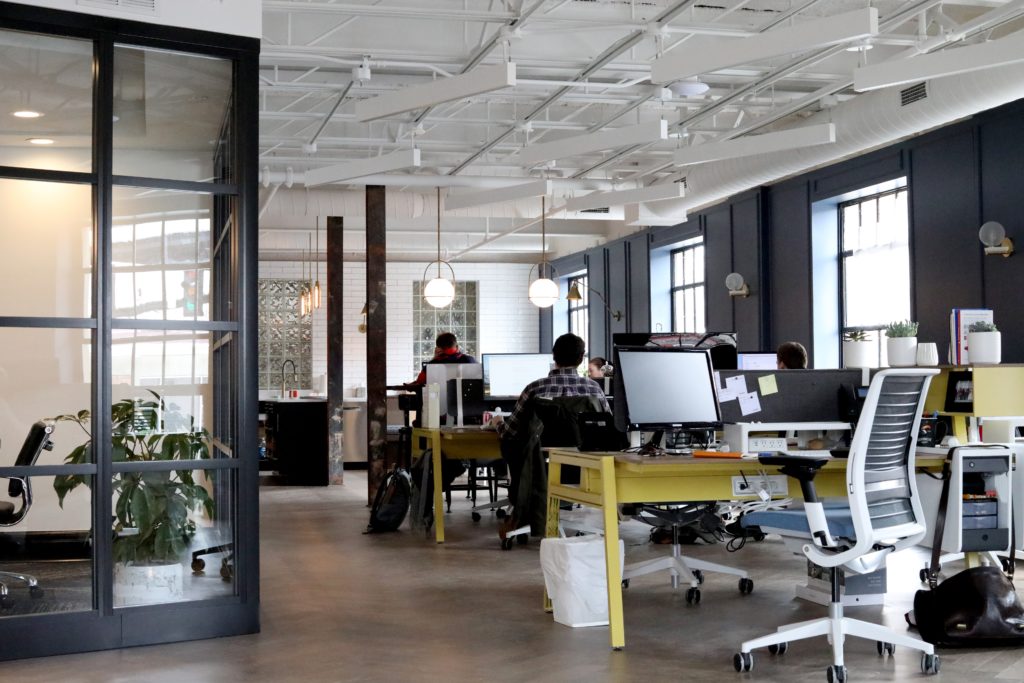 When it comes to its own employees, an IPO would help Airbnb keep its 3,100 or so employees happy.

One of the benefits of working for a startup is its stock options. I know this personally. I have worked for two tech companies that have been acquired.

After years of slaying away, you would want to benefit from all of your blood and tears… It’s not easy working for startups.

Raising money from the public will guarantee more cash in the bank, which can then be used to acquire other companies. Just look at this long list of companies that Airbnb has acquired over the last 7 years.

These acquisitions have made their core product more robust.

Airbnb has also sunk decent amounts of money into partnerships with apps like Resy, a mobile app for booking restaurant reservations. Or $200 million to buy Luxury Retreats, a company that caters to high-end travelers who wouldn’t mind dropping a few Gs.

Additionally, money seeded by an IPO will help Airbnb cure an ongoing headache that’s emerging from regulatory hick-ups. Some cities have already placed heavy restrictions on Airbnb hosts in an effort to protect themselves from trouble.

Airbnb would certainly like help to fund a competent legal effort to make hosting easier, which will, of course, increase their own share of profit.

What do you think? Did I miss anything?

Do you want to earn a 6-figure income on Airbnb without owning a single home? Learn more.